The western side of the Annapurna circuit is desolate and windy. The trail has been replaced with a busy road full of Jeeps, motorcycles and mini busses. On day eleven I was still quite ill, so we took a bus from Muktinath to Jomson. It is a good thing we didn’t try to walk, because the wind howled ferociously from 11am to 8pm and we didn’t see any pedestrians on the road. We tried to catch a second bus to Pokhara that afternoon, but the earliest available was the next morning. At least we were down to only 10,000 feet of elevation and starting to feel better.

We showed up at 6am for our 7am bus, because if you don’t get there first, you won’t get the seats you booked. The previous bus ride was relatively painless and we were mentally prepared for a similar ride that would take 6-7 hours.

Of course it didn’t work that way. For some reason, the most remote section of road is nicely paved, but the next 80 miles of road were a mishmash of rocky riverbeds, cuts into the canyon walls that measured exactly the width of the bus wheel base, and paths with boulders small enough to drive over but big enough to launch every passenger into the air.

The bus wasn’t too crowded. Only three people and a chicken in the aisle and nobody on our laps. The seats were significantly narrower than my hips and had raised metal plates dividing them. No seatbelts, but I could brace myself against the seat in front of me with both arms to keep from slamming my face into it. Aaron used one arm to brace and one arm as my seatbelt. I stopped counting how many times we were airborne when I got to four in the first five minutes. Both hips bruised from repeatedly hitting the metal plates with each jolt. We took turns sitting next to the window which made it easier to wedge in, but also provided another surface for bruising every time the bus lurched us to the right.

In addition to the bus driver, we had a spotter on board whose job it was to hang out the side of the bus on cliff ledges and direct the driver to keep all wheels on the road lest we all plummet to our deaths. The road was narrower than the width of the bus at places, but the wheels were set in a bit, thankfully. Some of these canyons dropped over a thousand feet from road to river below. On three occasions, I thought we would tumble over the ledge. Everyone onboard was screaming, and when the locals are screaming it is an indication that this tips beyond ordinary harrowing adventure into true danger. I kept praying, Please God, don’t let me die in Nepal.

We alternated between whiplash-inducing bumps and fear of death for fourteen hours. When we thought we were at our most miserable, the driver started blasting screeching Hindi music.

Three miles short of Pokhara, they ushered us off the bus with no explanation and unloaded our luggage off the top. Then everyone huddled back on to the bus with their luggage. Our bags came last, and at this point the door to the bus was blocked by bags stacked six high and we could not get on. We had to push the stack over and crawl on top of the bags to get on the bus. We managed to not squish the chicken.

We finally made it to Pokhara and I had my first meal in 30 hours and my first shower in 7 days. There were no washclothes, so I used an almost-clean wool sock (only two days old!) to scrub the dirt off myself. Of course there wasn’t hot water, but at least it wasn’t ice cold.

We are still looking for a scale to compare our before and after weights, but our shirts hang loose, we need belts for our pants now, and it looks like we just mastered contouring makeup on our faces.

We have spent the past three days recuperating with swedish massages, deep tissue massages, a shave for Aaron and a pedicure for me. We even found a restaurants and coffee shop that felt so American with their Taylor Swift playlists, hipster string lights and latte art. It reminded me of Bishop Arts District in Dallas or lower State Street in Santa Barbara. They helped us feel less homesick. 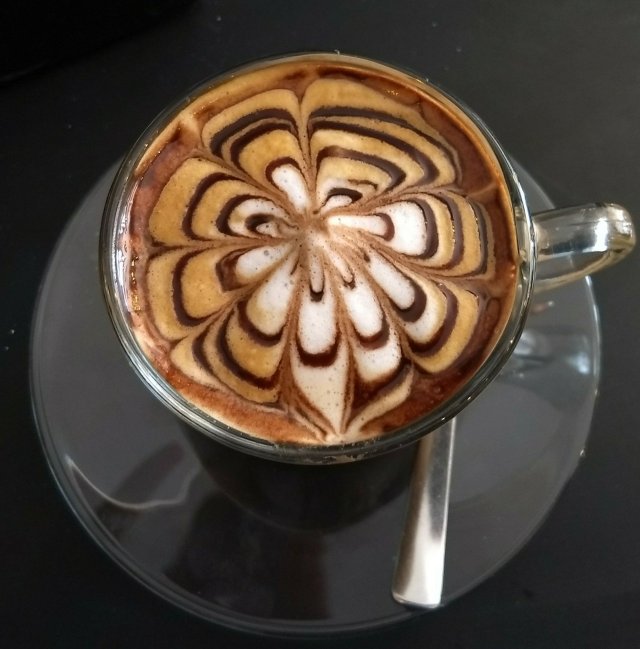