We end our time in Bali in the resort-like city of Seminyak. This area is twice as expensive as the Eastern side of the island with 5 star hotels lining the coast and trendy restaurants and bars filling the rest of the town.

The beach here is slightly cleaner than other parts because the hotels employ people to pick up trash out front of their section. It is a shame that most of the island is covered in garbage. We had two nice sunsets on the beach, but it was too hot to go the the beach before evening.

We rented a scooter to visit a temple 90 minutes north of our hotel. Aaron did a great job navigating through the crazy traffic and adapting to local customs: driving on the sidewalk, assertively merging into traffic, and driving on the wrong side of the road when necessary. I sat on the back and reminded myself that I trust Aaron and that we weren’t going all that fast. We had views of rice terraces on the way out. 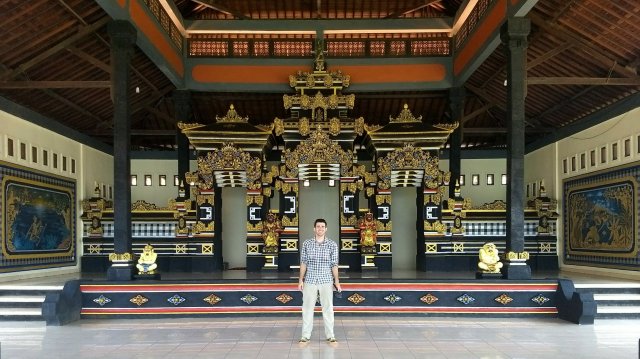 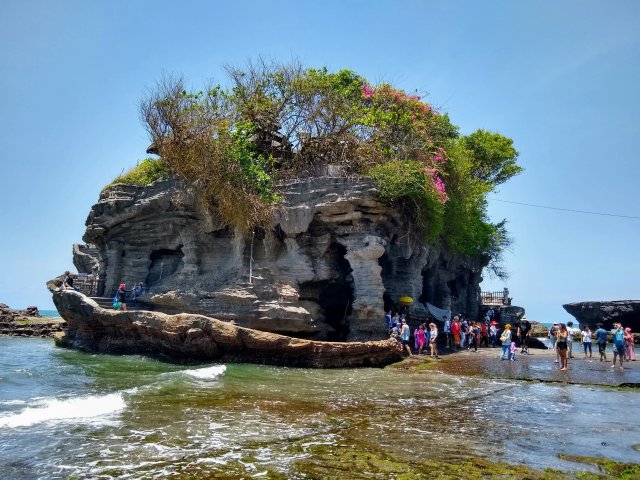 We tried Luak coffee that day. The owner feeds his very chubby Luak cherries and coffee beans, then cleans and roasts the coffee beans that the Luak poops out. 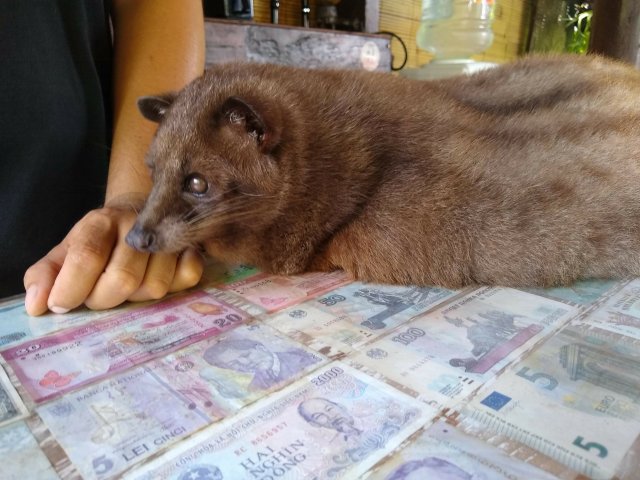 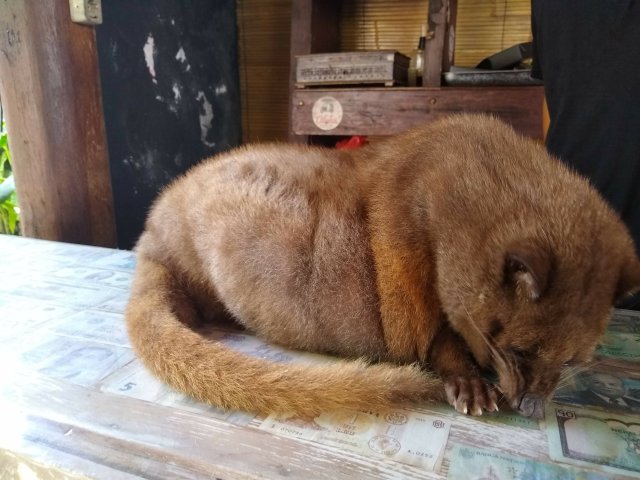 From there we headed to a Jiu-Jitsu gym so that Aaron could get some training in. I tried to relax in a cafe next door that was filled with goblin children.

The next day our plan was to spend time outdoors but out of the sun. We found a pool party called Mrs. Sippy and spent the afternoon alternating between lounging in the shade, watching belly-flops off the high dive and swimming. When the sun went down the pretty pool lights came on.

We had an 11pm flight the last day so we spent the day at a charmingly delicious coffeeshop called The Library that had a $3 Eggs Benedict. They had a wall of books in English that we could read while we sat. We were there all day so I finished one of them.

One of our favorite restaurants in Seminyak was a Malaysian restaurant. We ate there three nights in a row, but I accidentally ordered sardines the first night.

I can see us visiting Bali again in a few years. We will probably stick to the Eastern side though.