Last time I was in Paris, I fell in love with the city and I knew I would be back some day. I had a week earmarked, but accomodations were so expensive that I decided to split the time between Paris and Normandy and only give Paris two nights. We had a night and a day to revisit our favorite places and fill up on pastries.

We arrived in late afternoon and had a place just outside the city perimeter. We thought a walk sounded nice after a long travel day and we decided to walk along the Seine and enjoy the landmarks on the way to the Eiffel tower. It was a very long walk! While exhausting, we enjoyed several lovely night views and capped the day with wine and cheese in front of the sparkling Eiffel Tower.

We took a train home that night, but we didn’t understand that we had boarded an express train. When our stop was next we moved to the door, but the train sped up and didn’t stop until we were ten miles south of the city! I was mostly concerned that because it was so late we might not catch another train and we would need a very expensive taxi ride. We hopped out at the first available stop and ran for the next train going back to Paris. We caught it, and we met another American couple that had made the same mistake as us. This was also an express rain, so it went fast, but the closest stop for us was two miles of extra walking.

The next morning we slept in and determined that we should walk less than the fifteen miles we had walked the day before. We bought an unlimited metro card and put it to use. 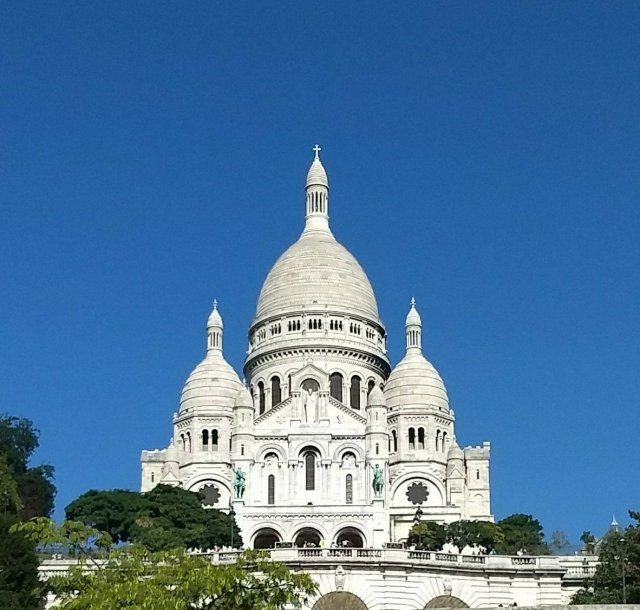 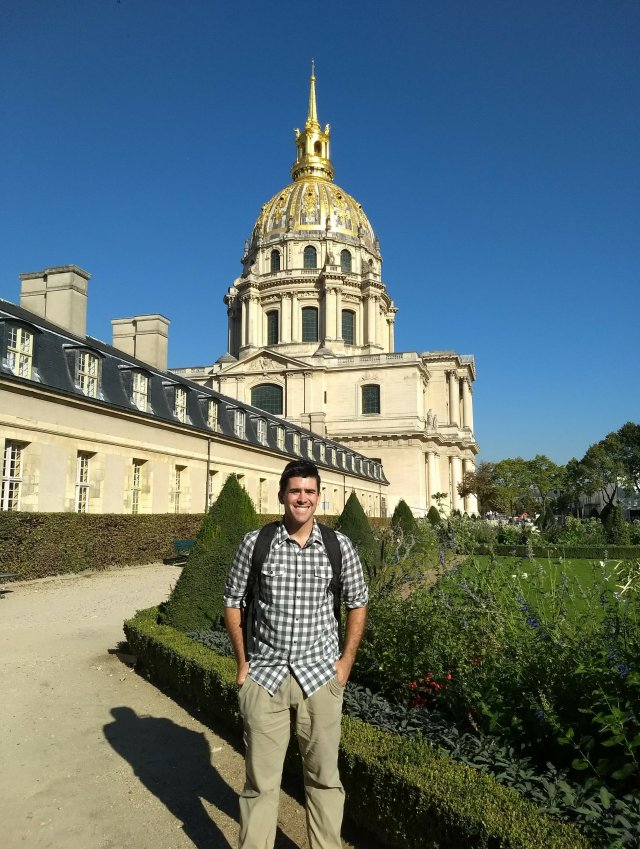 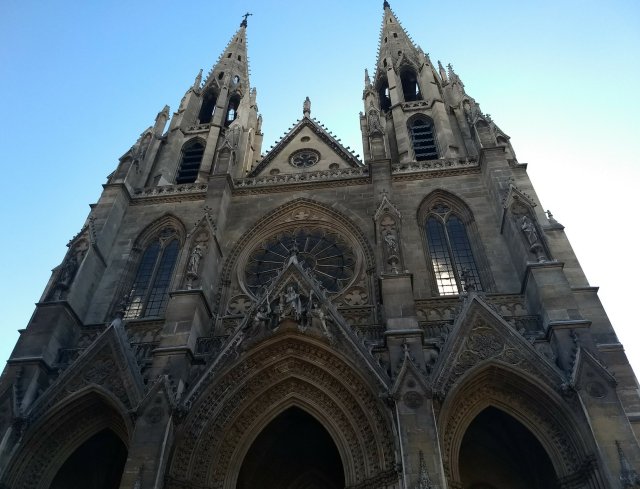 Despite our many metro trips, we walked 15 miles the second day too.

At lunch time we were both craving cheeseburgers. Aaron ordered from the menu, but I wanted a minor specialization and was confident enough in my French to explain it. It was much harder than I expected. I asked for cheddar instead of pepperjack cheese on the burger, and he responded that they could put that on the fries. I tried again saying I didn’t want cheese on the fries, but cheddar on the burger, and he said they could put pepper jack on the burger and no cheese on the fries. We weren’t getting anywhere. He switched to English and this time concluded I wanted no cheese at all. I almost conceded, but he could tell we weren’t understanding each other. We went around a few more times in French and English when I heard him explain to the line cook with cheddar in his hand that the cheddar should go on the burger. It was delicious.