Romania was… rainy. Our flight to Crete departed from Bucharest on April 14, so we had six days to spend in Romania before flying out. Bucharest seemed a bit depressing so we headed to the Carpathian mountains and the cute town of Brasov to spend the next five days. 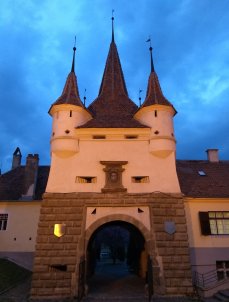 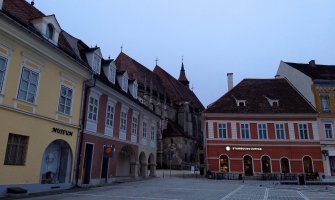 To decorate the city gates, they chainsaw carved some large figurines. 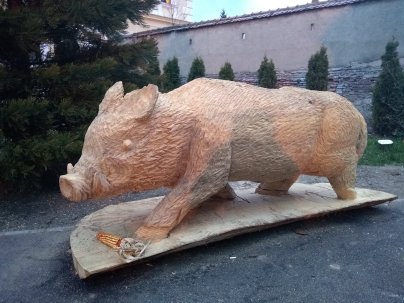 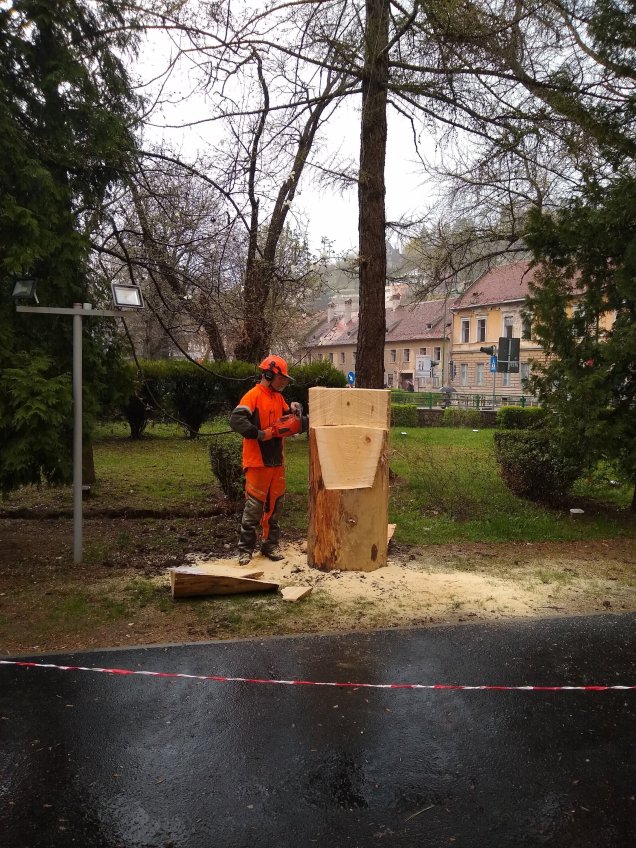 It rained for most of the week. We thought we had broken the rainy curse that has followed us from country to country. Before arriving in Slovenia, we had been rained on in 35 out of 37 countries (thank you, Cambodia and Portugal). Slovenia and Hungary gave us a break, Serbia and Bulgaria only showered us a little, and Romania gave us 5.5 days of intermittent rain.

Hiking in the rain and mud sounds awful, but stormy weather is ideal for visiting Dracula’s home at Bran Castle. 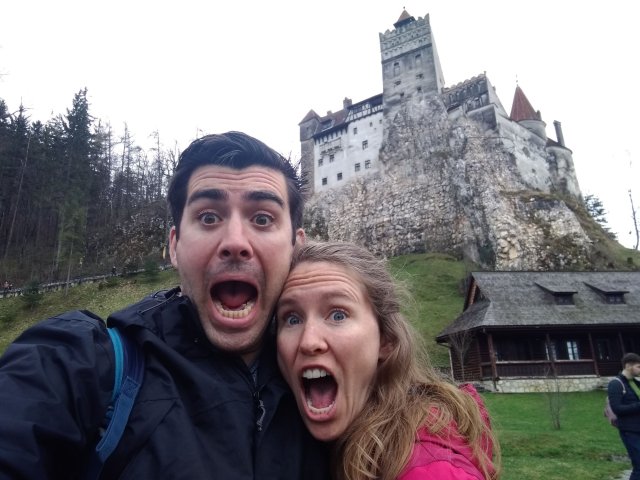 I expected to be gripped with fear and my heart to fill with dread as we approached the castle, but I didn’t feel anything. It was a cute castle that housed the Romanian royal family up until 1950. We toured the rooms and learned about the current monarchs, Vlad Tepes, and to our delight, the differences between real vampires and the legendary Count Dracula. Under no circumstance could a real vampire walk around in the daylight without melting. We also learned that Chupacabras have killed far more victims than vampires. I didn’t know either set of victims had been quantified.

The rain forced us to rest a bit which was nice after six weeks of city-hopping and ten-mile days. We also appreciated the return to the Latin alphabet and a romance language after Cyrillic letters of the past few countries. Cognates are the best.

We also fed a cat that meowed at our apartment window for two hours.

Off to the Greek islands!