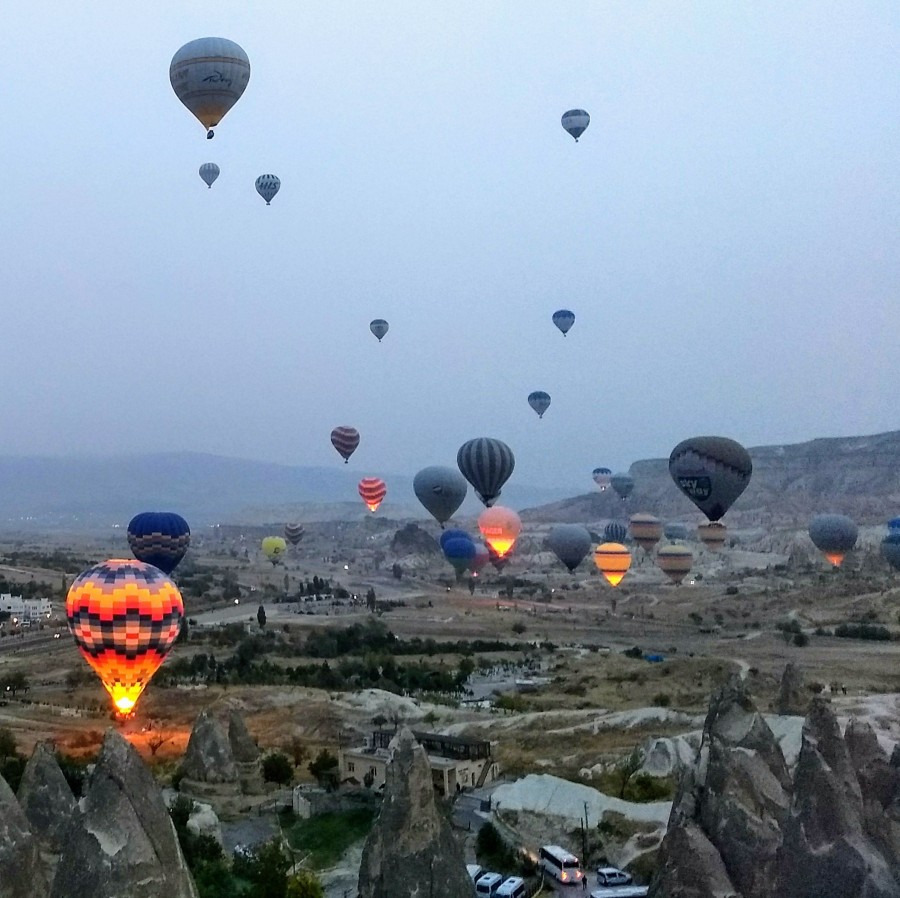 My dad must have said this fifty times on our family camping trip to Bryce when I was seven. Now I am on the other side of the world chasing hoodoos, or “fairy chimneys” as they call them here. 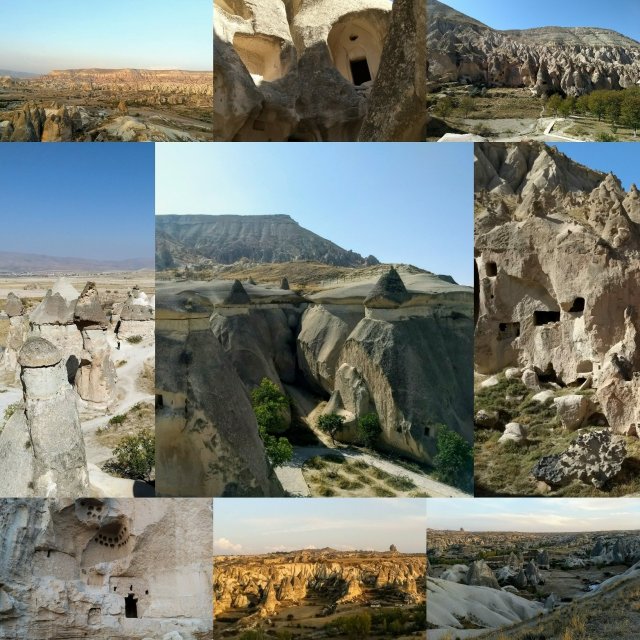 Hittites showed up in Cappadocia in 1800 BC and carved shelters into the soft volcanic rock. Two thousand years later early Christians built underground cities to hide from the Romans, and hundreds of years after that Christian cave churches became elaborately painted works of art. Because carving rock is difficult and people used to be shorter, the doors are about 5’6″ tall and Aaron has hit his head on all of them. 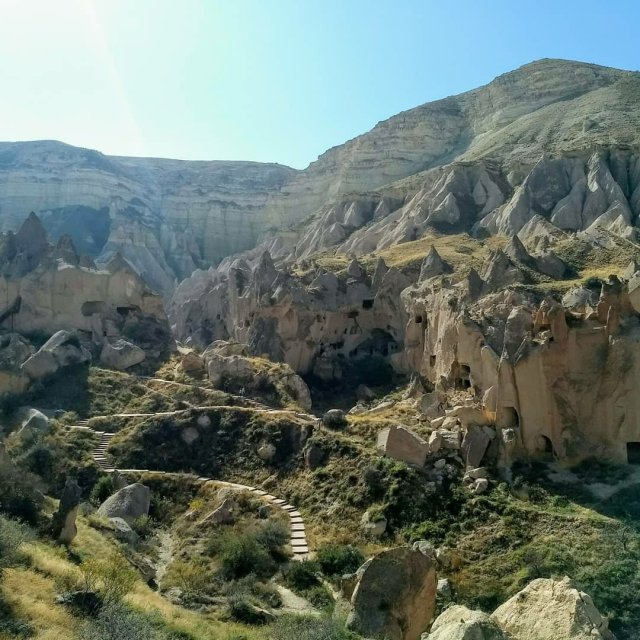 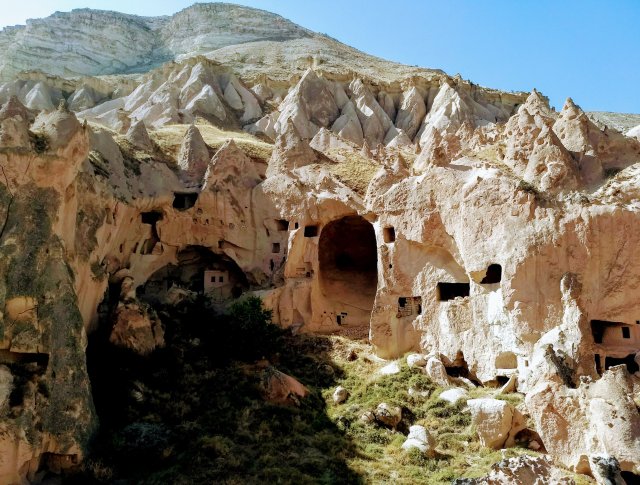 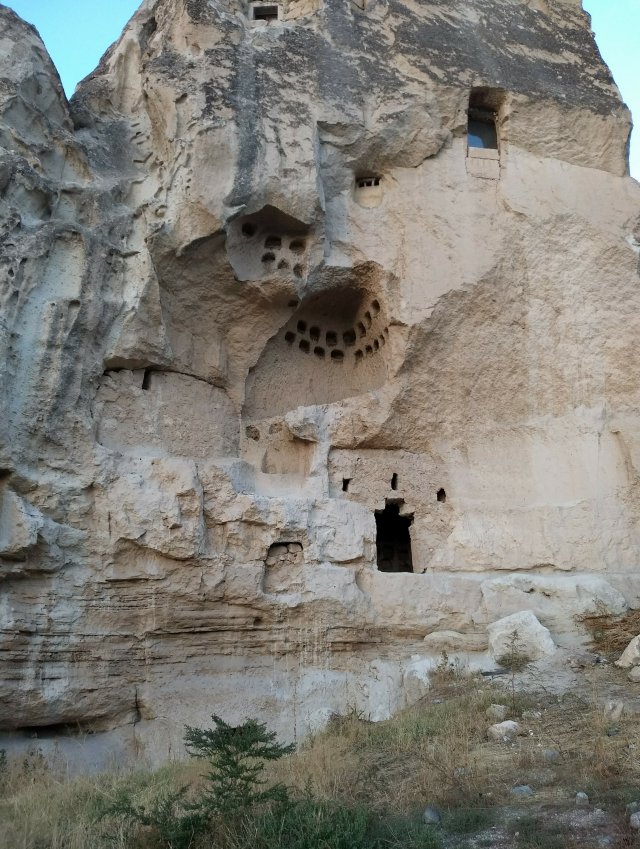 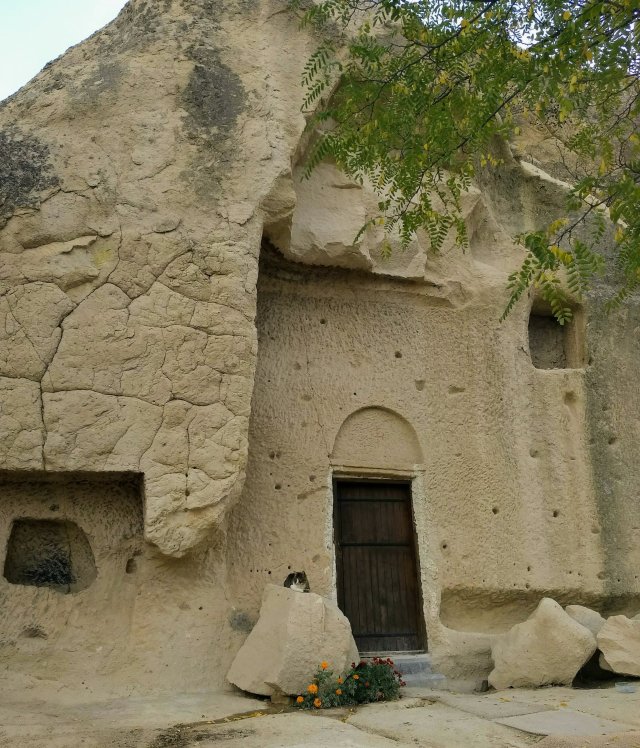 We stayed in Göreme, a gem of a tourist town where every hotel has “cave” in its name and every shop is a delightful pun on Cappadocia. My favorites were Coffeedocia and Happydocia. 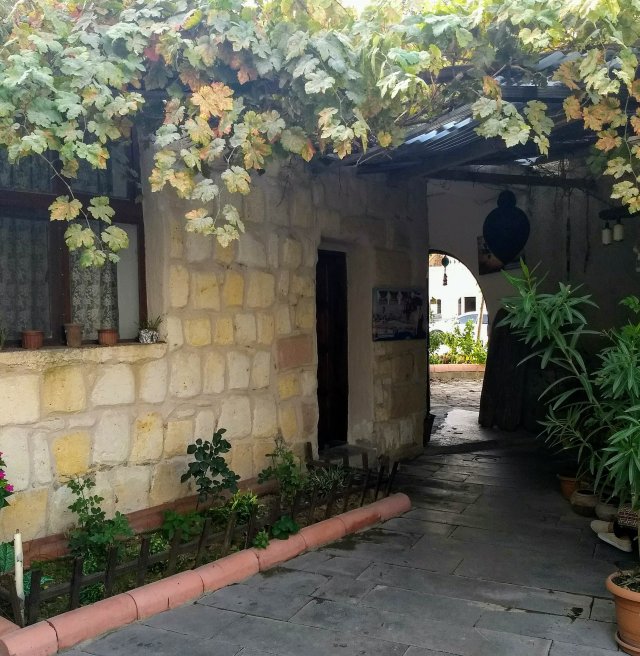 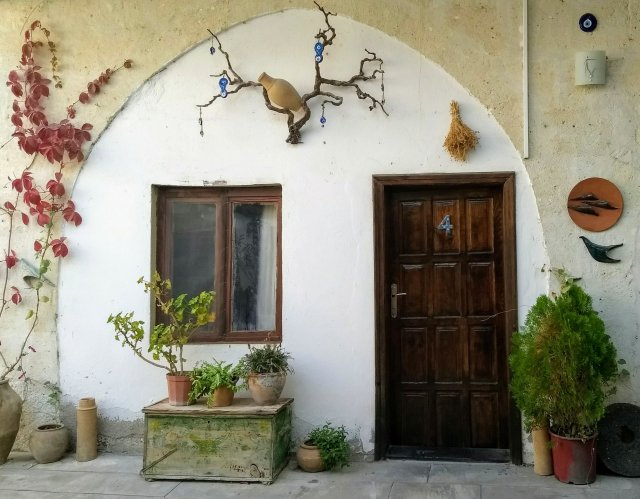 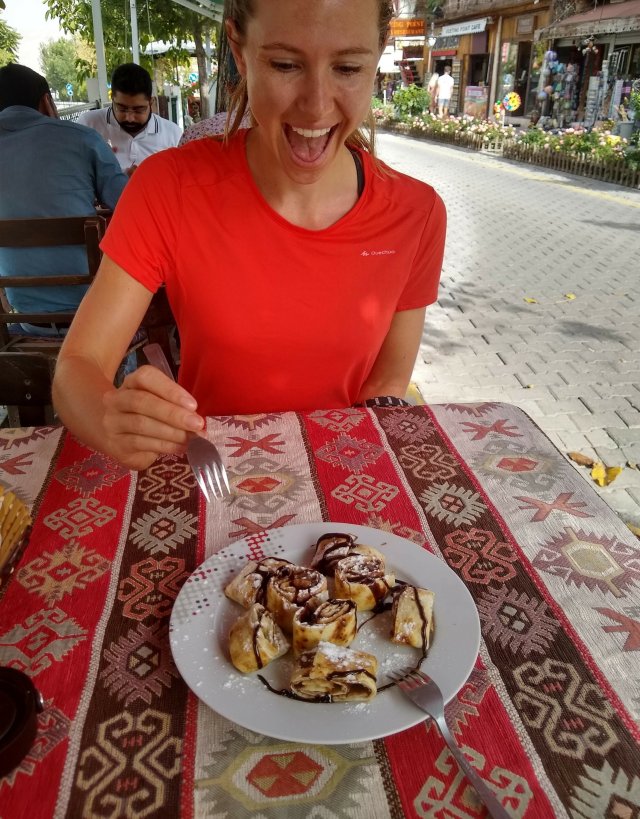 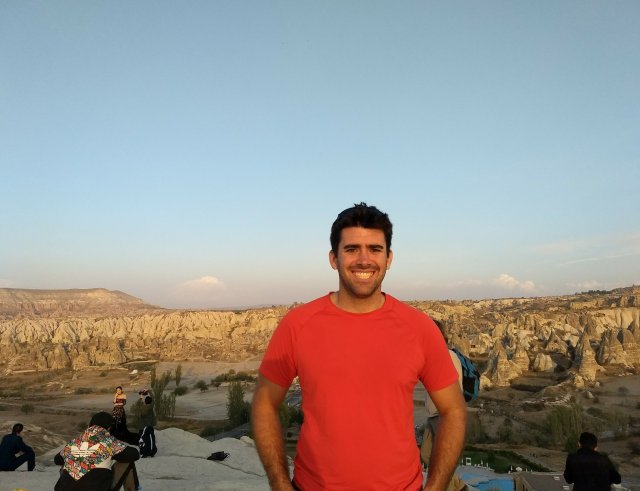 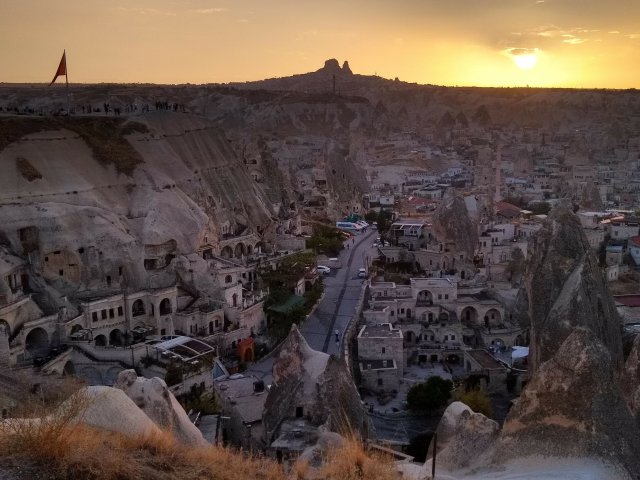 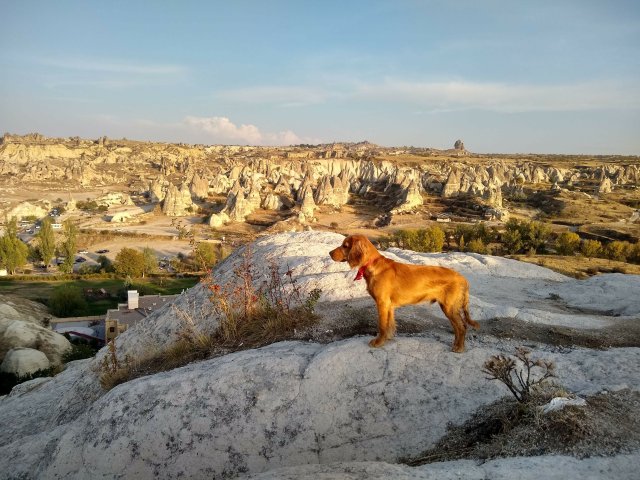 We saw this dog everywhere! He is quite the cultured canine. 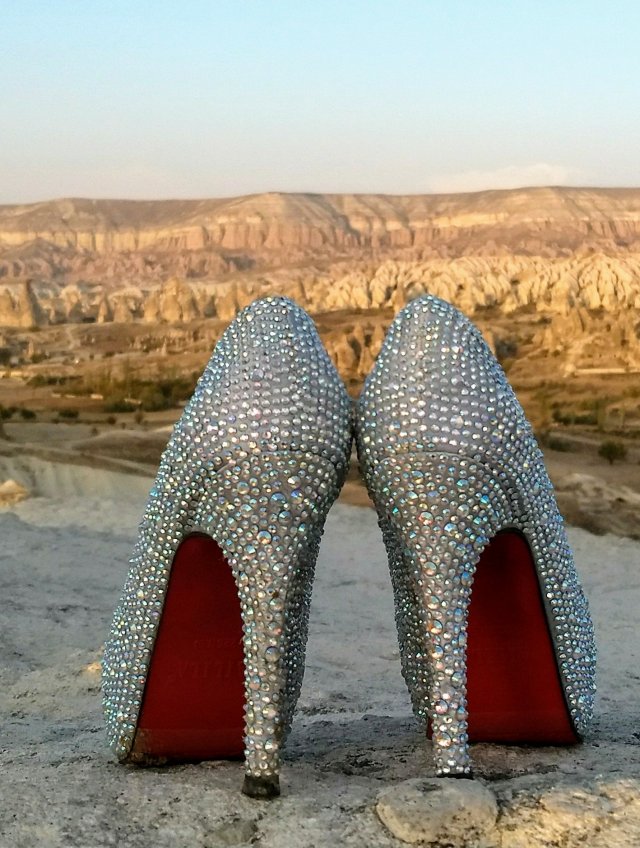 Göreme is within Aaron and Valarie walking distance of most the sights (+/-4 miles each way). Day one we hiked through the national park to Paşabağlari and Zelve. These valleys had houses and churches carved into the hoodoos. Some of the houses were only accessible by ladder. 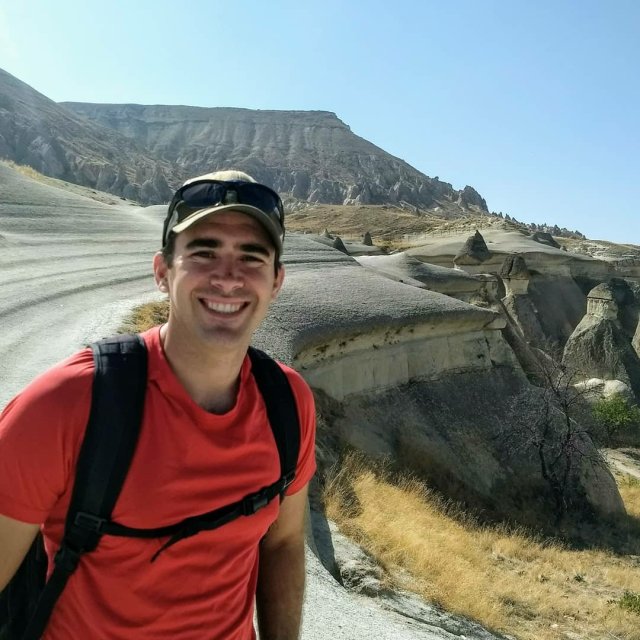 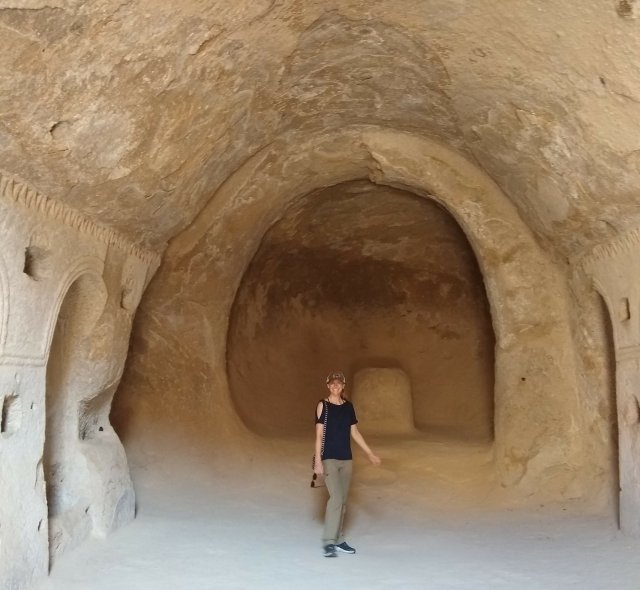 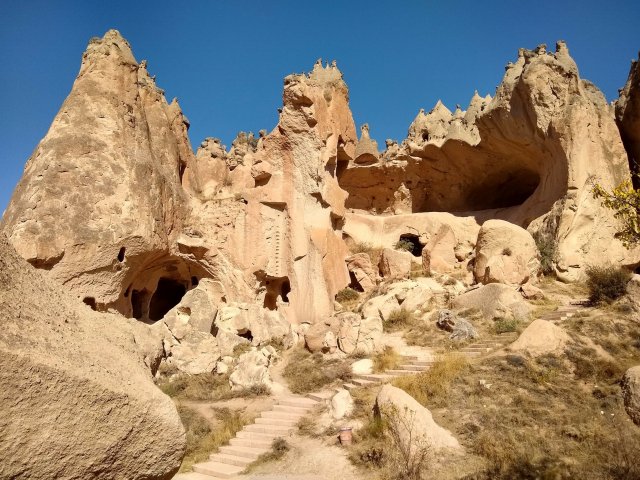 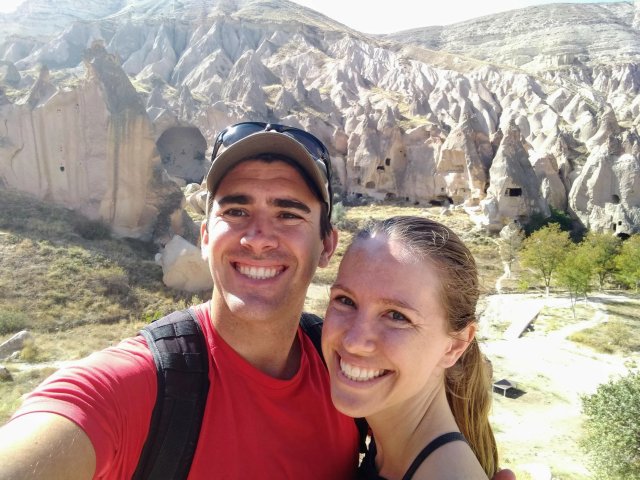 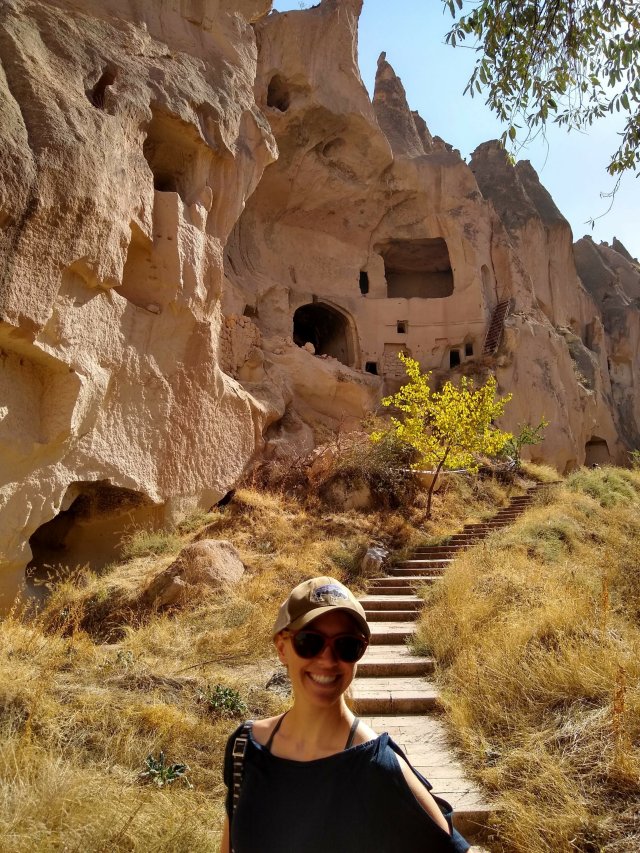 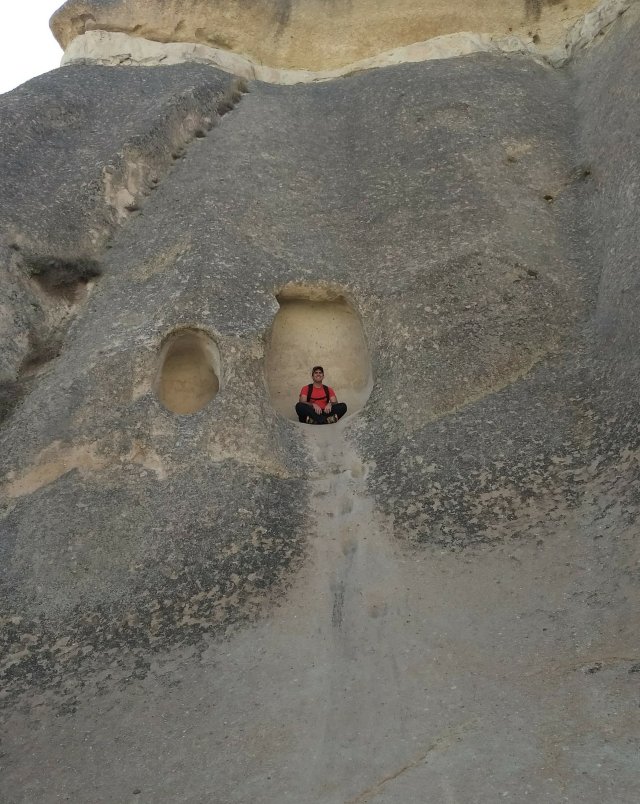 The frescoes of the Göreme cave churches were painted between 900-1200 AD and are in mostly great condition since the caves don’t get much sunlight. Unfortunately all of the faces have been scratched off, but restoration has begun. 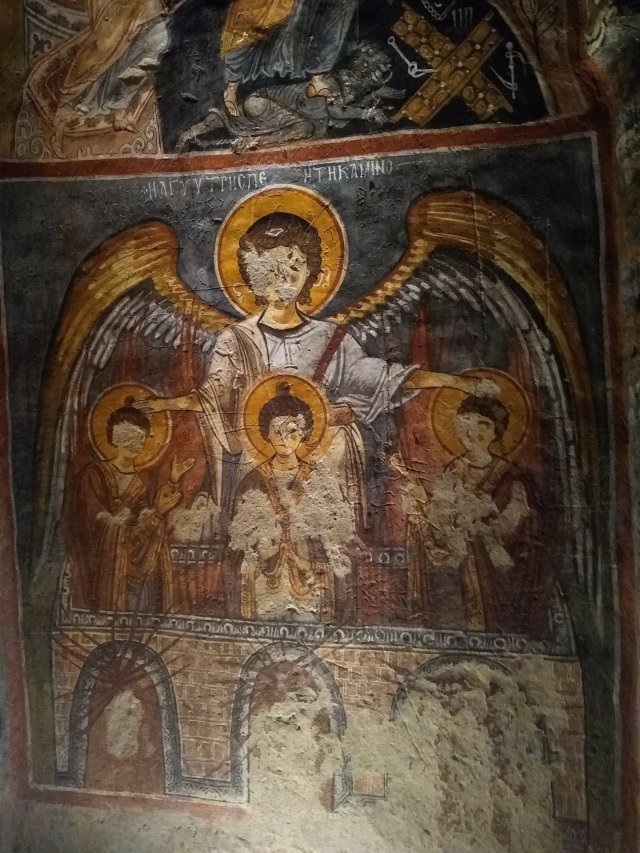 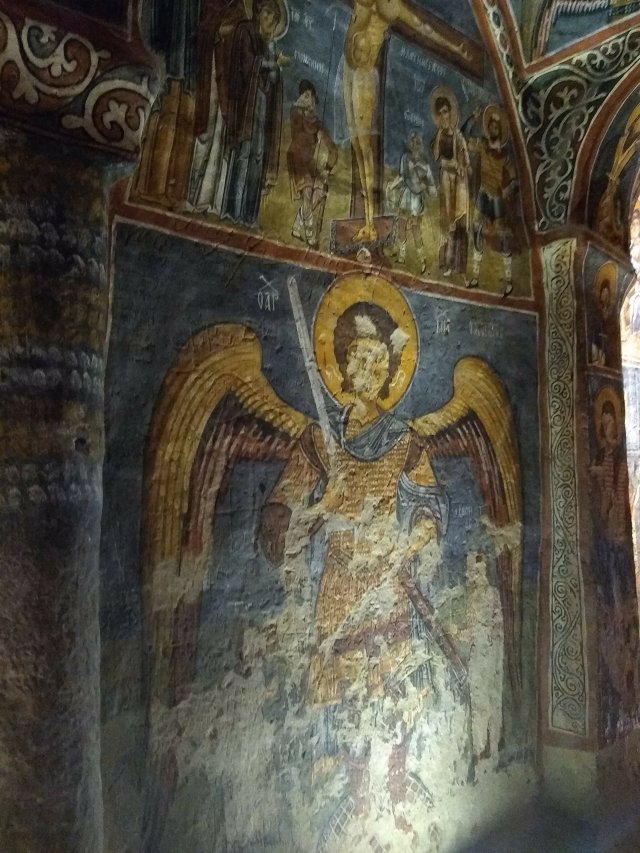 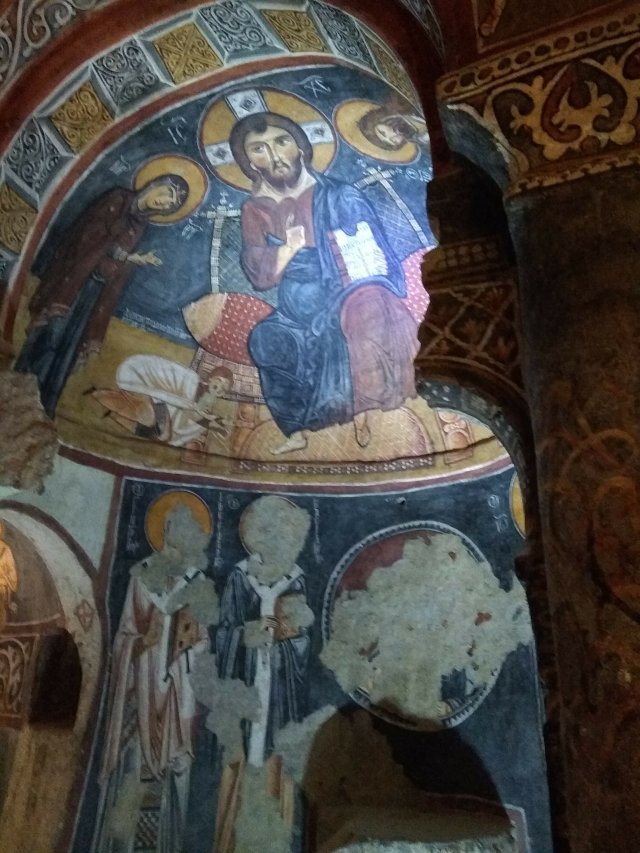 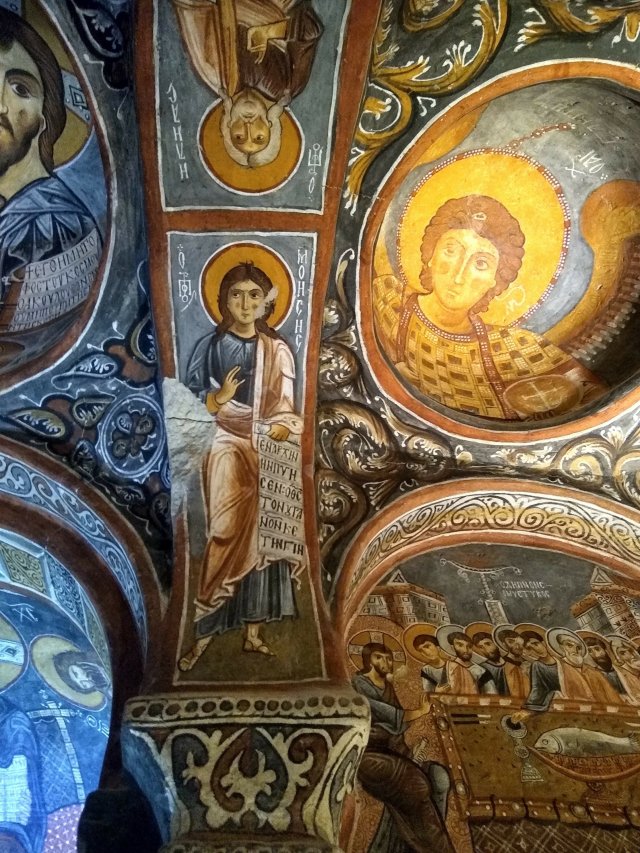 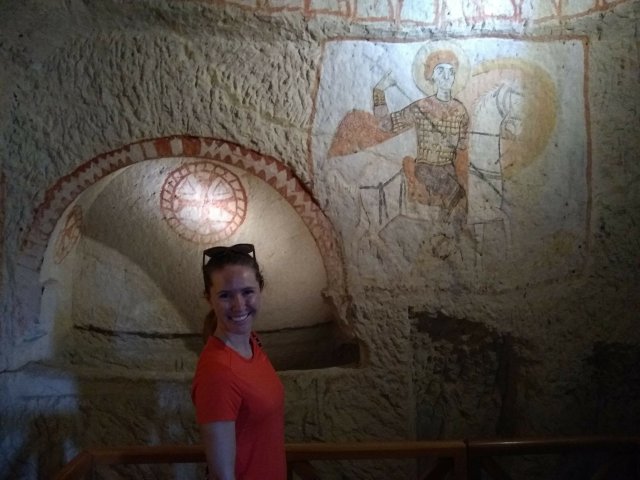 I explored the underground city of Kaymakli by myself. It was the coolest thing ever but it made me feel intensely claustrophobic. I could stand upright in many of the rooms, but the passageways were 4.5 feet tall and barely wider than my shoulders. There was a standard corridor with arrows to follow, but the siderooms weren’t roped off so I assumed they were meant to be explored. Some of these were then connected by further passageways and staircases to other rooms. I had to keep my bearings for fear of getting lost deep within the mountain. Archaeologists believe they have excavated 5% of the original city which may have housed 700 people. It is eight floors deep and the first four floors are open to the public. 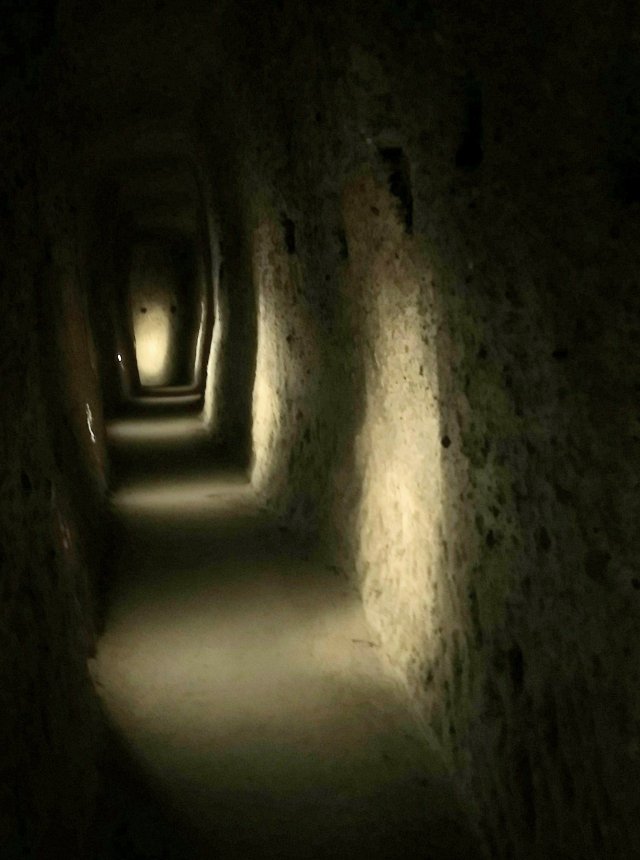 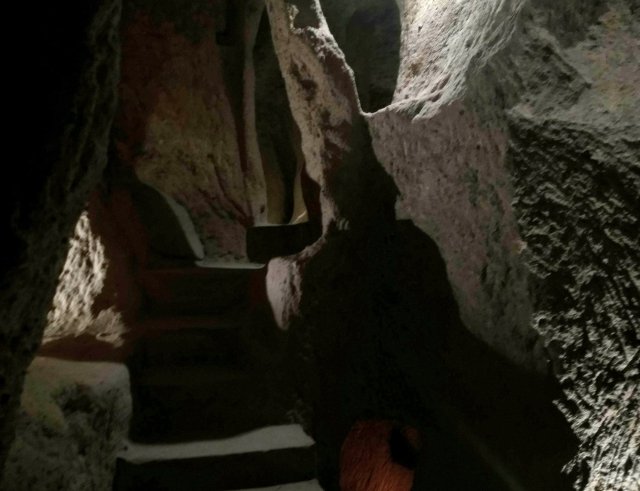 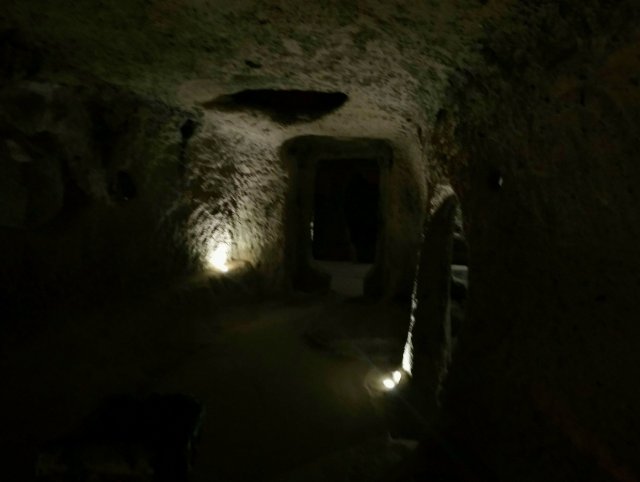 Hot air balloons launch over the valley at dawn. We were already awake because the loudspeakers for the 5:45 am call to prayer were just above our courtyard. 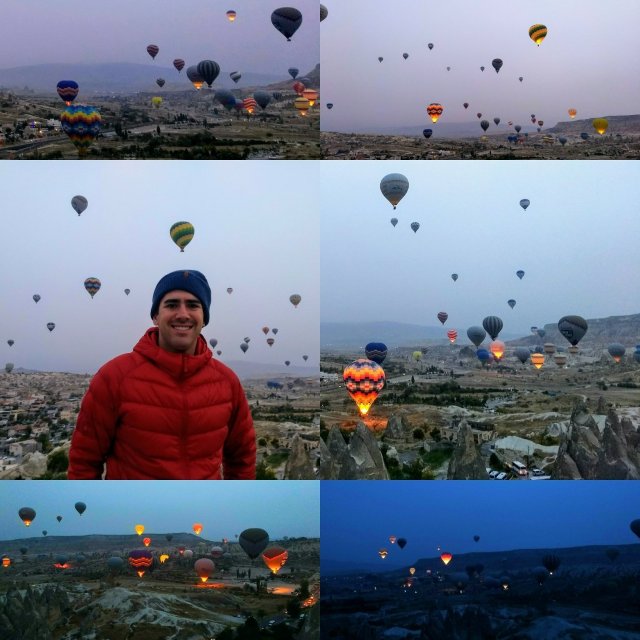 Our last two days in Turkey we spent in Kayseri running errands to prepare for Nepal. The Hattis had their capital here in 2400 BC and then the Hittites made it their capital in 1600 BC. Not much remains from those settlements, but it is fascinating that these powerful, ancient civilizations ran their kingdoms from here.